Negative Ions and Positive Ions are all around you right now, whether you are aware of them or not.  There is a good chance they are affecting the way you feel and quite possibly your health as well.  They are molecules that have gained or lost an electrical charge (electron). They are created in nature as air molecules break apart due to sunlight, radiation, and moving air and water.

You may have experienced the power of negative ions when you set foot on the beach or walked beneath a waterfall. The air circulating in the mountains and the beach is said to contain tens of thousands of negative ions – Much more than the average home or office building, which contain dozens or hundreds or even none.

There are both positive and negative ions but, as we shall see, the definitions of ‘positive’ and ‘negative’ are misleading in terms of their health effects. 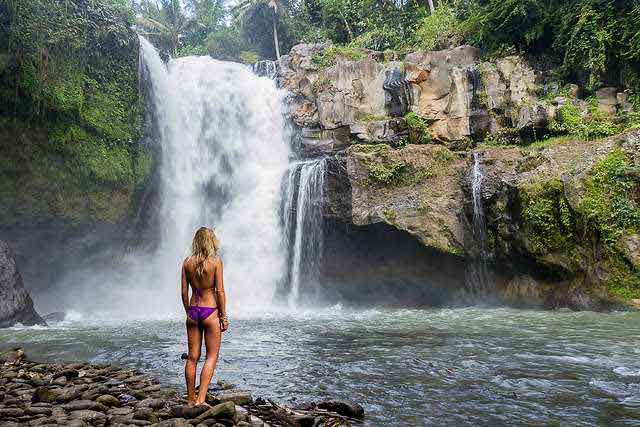 Negative ions are essential for high energy and positive mood

What Are Positive Ions?

Positive ions are usually carbon dioxide molecules that have been stripped of an electron. Also known as positively charged ions, they have been demonstrated to have a negative effect on your body when you are exposed to them in excess.

This is particularly the case with your lungs and respiratory tract but your immune system can also be affected. This is because positive ions are so small they can be absorbed directly into your bloodstream from the air you breathe.

An excess of positively charged ions in your environment is believed to contribute to tiredness and a lack of energy, tension, anxiety, and irritability. Positive ions in the air have even been investigated as a contributing factor for asthma and depression.

In nature, positive ions are commonly formed by high winds, dust, humidity, and pollution and are at their highest levels just before an electrical storm. This has been hypothesized as to why so many people feel so uneasy before a storm and why respiratory problems are commonly reported at this time as well.

Office air-conditioning systems, fluorescent lights and electrical and computer equipment are all potent positive ion generators, with printers and photocopiers being especially bad.

What Are Negative Ions?

Negatively charged ions are the opposite of positive ions and they have directly the opposite effect on your health, mood and energy levels.

Negative ions are created when a molecule gains a negatively charged electron. Due to this nature, they are statically attracted to airborne particles like dust, mold and other pollutants and potential allergens.

By attaching to these pollutants and allergens they give them a negative charge and, rather than drifting in the air, they are grounded and fall to the floor or nearest surface. Even bacteria and viruses circling in a room can be cleared by negatively charged ions attaching to them and removing them from the air you breathe and prevents them from causing respiratory problems and other health issues.  A recent scientific study on “Negative Air Ions and Their Effects on Human Health and Air Quality Improvement” concluded that “negative ions could high-efficiently remove particulate matter (PM) including ultrafine PM, providing an alternative way to clean indoor air, especially during haze episodes”.

In the natural world, negative ions are in abundance, particularly in forests, at the beach and most intensely near waterfalls. This is a good part of the reason why you usually feel so great in these places and find it difficult to be tired or depressed.

Columbia University studies of people with winter and chronic depression show that negative ions relieve depression as much as antidepressants. “The best part is that there are relatively no side effects, but we still need to figure out appropriate doses and which people it works best on.” says ion researcher Michael Terman, Ph.D., of Columbia University in New York.

“They also may protect against germs in the air, resulting in decreased irritation due to inhaling various particles that make you sneeze, cough, or have a throat irritation.“

The abundance of negative ions has long been associated with improvements in mood and physical health. Research conducted in the last decade has begun to support the view that negative ions have a net positive effect on health.

One of the most tantalizing hints regarding negative ions and health surfaced when German researchers discovered a link between catecholamine regulation and lifespan after depriving experimental animals of negative ions. First, researchers at the Goldstein and Lewin Dept. of Medical Research in Stahnsdorf, Germany isolated mice and rats in air-tight, sealed acrylic cases. Next, they filtered the ambient air to remove all negative ions from the sealed cases. Their research led to the discovery that a prolonged deficiency of negative ions led to an accelerated rate of death for the experimental animals. Examination of the animals led researchers to conclude that the results strongly suggest that animal death is related to disturbances in neurohormonal regulation and pituitary insufficiency. [1]

Researchers at the Russian Academy of Sciences in Moscow discovered that negative ions are able to help protect the body from induced physical stress. When the researchers immobilized rats and exposed them to negatively charged air ions they discovered that the ions prevented the development of pathological changes characteristic of acute stress that are observed in untreated rats. The protective action of negative air ions was observed in all the experimental animals independently of their types of behavior. [2]

British researchers at the Centre for Sport and Exercise Sciences in Liverpool exposed male subjects to negative ions and measured physiological responses, including body temperature, heart rate, and respiration, while at rest and during exercise. Negative ions were found to significantly improve all physiological states, particularly during rest. Most important was the finding that negative ions are “biologically active and that they do affect the body’s circadian rhythmicity.” [3]

Another clue to the role of negative ions in health comes from Russian research conducted at the Institute of Theoretical and Experimental Biophysics of the Russian Academy of Sciences, in Pushchino, Russia. Researchers found that exposure to negative ions increased levels of the protective antioxidant enzyme superoxide dismutase (SOD) in mammalian erythrocytes. The researchers also discovered minute amounts of H2O2 (hydrogen peroxide), writing, “The primary physiochemical mechanism of beneficial biological action of negative air ions is suggested to be related to the stimulation of superoxide dismutase activity by micromolar concentrations of H2O2 (hydrogen peroxide).” [4]

Negative ions (along with bright light and auditory stimuli) reduced the subject’s measurements of depression, improved mood, and reduced anger in both depressed and non-depressed college students.

In a study on the salivary responses of people completing a 40-minute word processing task on the computer, exposure to negative air ions reduced the rise in salivary chromogranin A-like immunoreactivity (a marker of stress and anxiety) and improved performance.

Recent study titled “The Efficacy of Plant-Based Ionizers in Removing Aerosol for COVID-19 Mitigation” using plants as the source of negative ions, was able to help removing the aerosols in COVID-19 mitigation.

It is evident that negative ions are tremendously important to our health.  Negative ions have the power to help the body to heal itself.  Medical research has also proven that 90% of the eye diseases are the result of hypoxia (lack of oxygen).  When oxygen and water supply to the eyes is compromised it slows down the metabolic and detoxification process which leads to a host of eye-related diseases such as myopia, astigmatism, presbyopia, cataracts, glaucoma, floaters, dry eye, etc.  From the research and studies, we know that negative ions increase the flow of oxygen to the brain (head area).

The simplest way to receive a healthy dose of negative ions in the head area is to get a pair of Ezekiel-ion negative ion & FIR energy computer glasses.  Ezekiel-Ion glasses are specially engineered to release an optimal 1200 to 1800 negative ions/cc.