Do you experience any of the following? 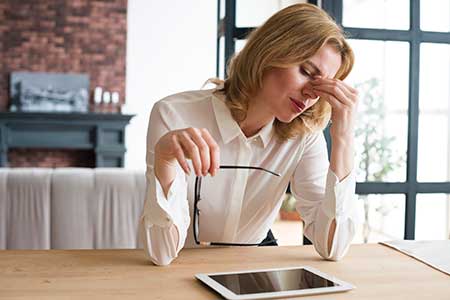 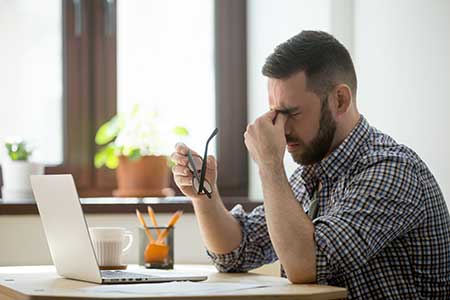 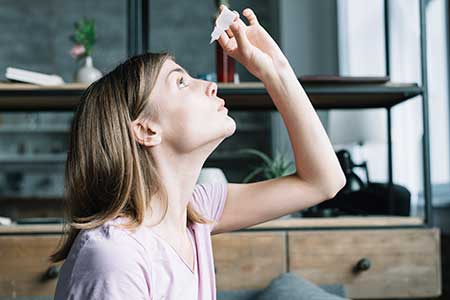 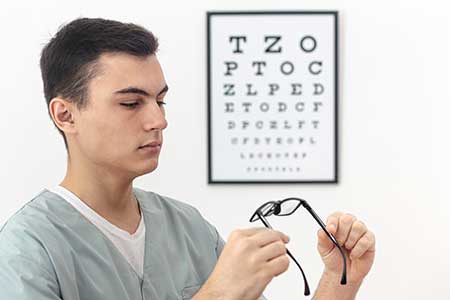 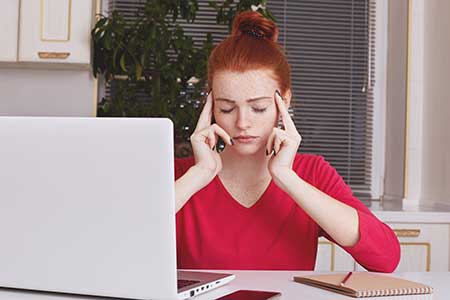 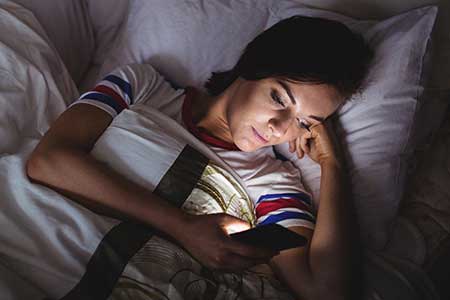 You are not alone…

70% of the population suffers from digital eye strain,  eye fatigue, dry eyes, blurred vision, headaches and sleeplessness due to prolonged use of electronic devices.  The cause?  Blue light.

We are constantly exposed to the harsh blue light emitted by computer screens, phones, and television. Our eyes are not designed to absorb these artificial blue light.

More than 33% of the population spends 8 to 10 hours a day in front of blue light emitting screens.

Whether it is in the office or at home, surfing, emailing, texting, gaming or watching TV, we are exposed to blue light.

Blue light is a short-wavelength light generally defined as visible light ranging from 380 to 500 nm (nm – nanometers) in the light spectrum, which is known as high-energy visible blue light (HEV).  Blue light sometimes is further broken down into blue-violet light (roughly 380 to 450 nm) and blue-turquoise light (roughly 450 to 500 nm).  The blue-violet light is the one we need to avoid.

The high-energy visible blue light has been singled out as more significantly disruptive to sleep than any other color on the light spectrum.  It suppresses the release of melatonin, disrupts circadian rhythms, and may influence mood changes negatively. Circadian disruption produces serious effects including an increase in obesity and depression.

Recent studies also suggest that exposure to the blue end of the light spectrum over a sustained period can also contribute to long term vision issues such as cataracts, retinal damage and possibly lead to age-related macular degeneration (AMD).

Blue light is also considered a “carcinogenic pollution” that in mice correlates with higher cancer rates.  A study links night exposure to blue light with breast and prostate cancer.

EZEKIEL-ION glasses are engineered to protect your eyes from harsh blue light, reduce eye strain and eye fatigue, prevent dry eyes, blurred vision, headaches and give you back a good night’s sleep.

If you spend more than an hour a day on a computer, mobile phone or watching TV you need EZEKIEL-ION glasses.  Whether you are working in the office, at home, on the road or playing computer games, EZEKIEL-ION glasses are for YOU.

Protect & Save Your Eyes.
Give the Gift of Sight to Someone You Love!